Learning as We Went
by Joanna Sio

I taught at Hong Kong Baptist University from 2008 to 2010. The most memorable course had to have been Linguistics Through Theatric Comedy (ENG 4730 Advanced Topics in Linguistics), which I co-taught with Professor Lian-Hee Wee. We had 16 students enrolled. Lian-Hee and I were just learning as we went; using drama to teach linguistics was something new to us too. Together, we taught students improvisational comedy games; we modified them for linguistic teaching; we built a website with demo videos (with help from many students and friends); and the students performed a show at TakeOut Comedy (they planned the show and prepared all the promotional materials). It was very rewarding to see students get out of their comfort zone, take risks and create something beautiful, while the whole time treating each other with respect and embracing their failures. I was heavily pregnant while teaching the course and the students were so kind to me. Thank you. My son-in-belly enjoyed the course very much too, and here is a thank you from him (now out of the belly and nine years old).
. 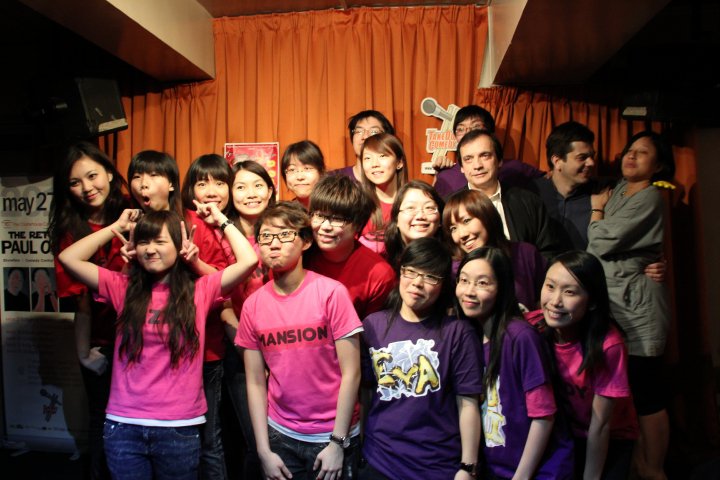 Joanna Sio taught in the Department of English and MALS (MA in Language Studies) between 2008 and 2010. She is a mother, a linguist and a comedian. Originally from Hong Kong, she currently lives in the Czech Republic.