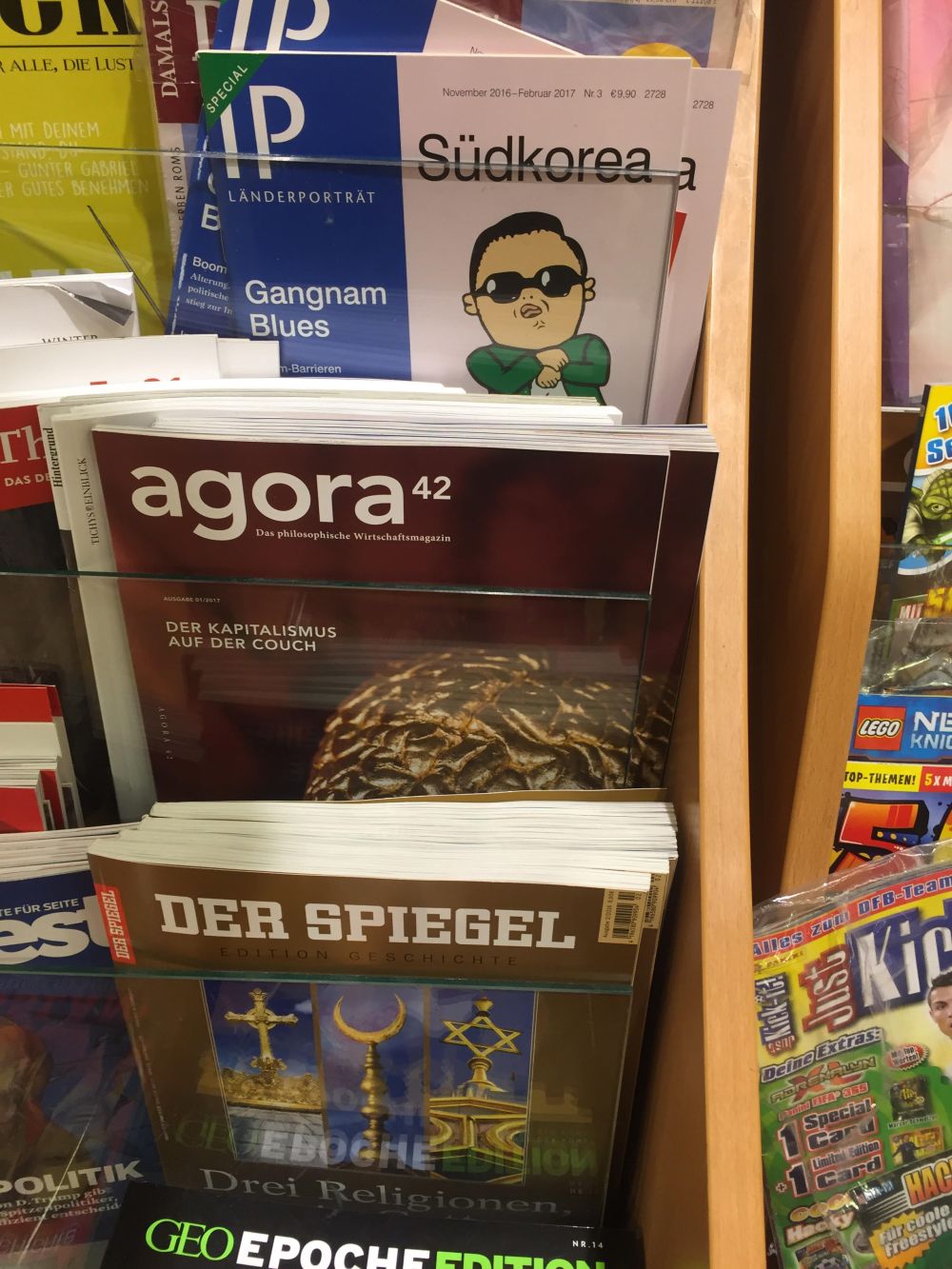 Life here is full of love and wonder, as much as my life in Hong Kong. Thank you for your books, I just love them.

My work here is rewarding. My organisation is called Franz Sales Haus, a community for people suffering from mental handicaps. Some of them live in the centre, while the rest visit daily. My department is responsible for their entertainment. ‘Spaß’, happy, is our motto. We do art works with them for the preparation of Christmas; we play chess together, and sometimes we watch films too.

On Tuesday and Thursday, I work longer than usual. After the daily routine, my colleagues and I will take a walk with those whose conditions, either physical or mental, are relatively worse. On Friday, I work in the disco in the community. The inhabitants come to drink coffee, play games and dance.

At work we speak only German. Thank God my colleagues are all so patient and cheerful. We had a Christmas party last month and that was amazing. They were glad that I adapted so quickly. Despite this, from time to time, I think of myself as one of those ‘handicapped’, given the language barrier. This situation not only serves as a motivation for me to learn more German, but also a reminder for me to be more humble, and the significance to preserve my mother tongue. 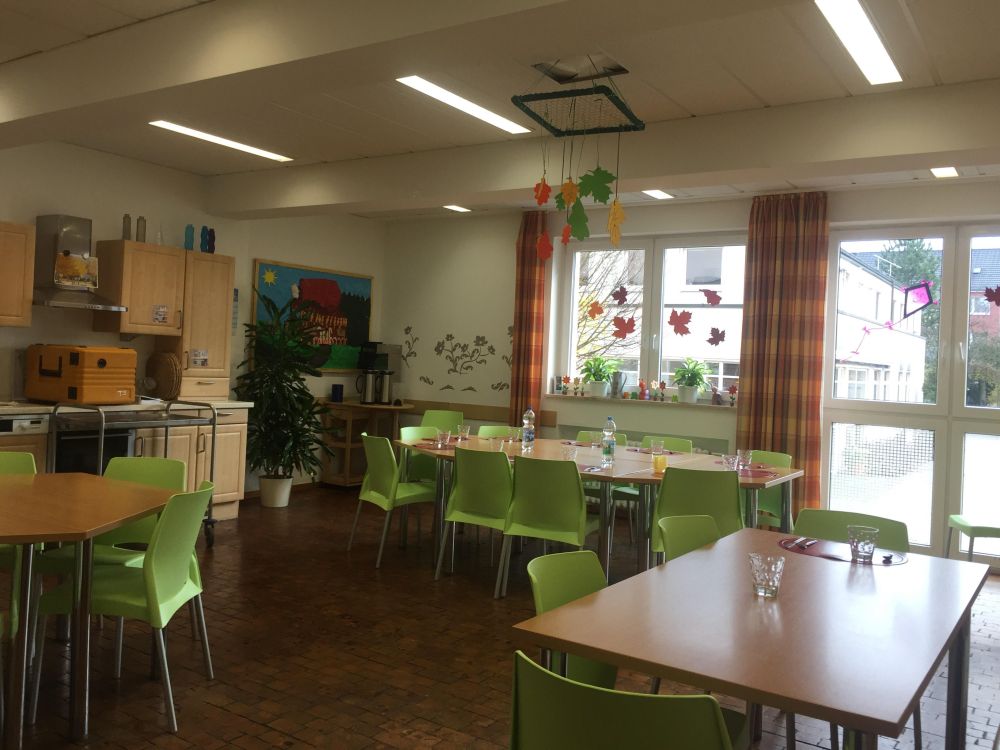 the dining room of the centre

I spent my whole Christmas with the priests who live under the same roof as me. The priests invited me to be an altar server in the mass ceremonies. It was an honour and I was pleased that I could help. The next day we went to this restaurant for lunch: 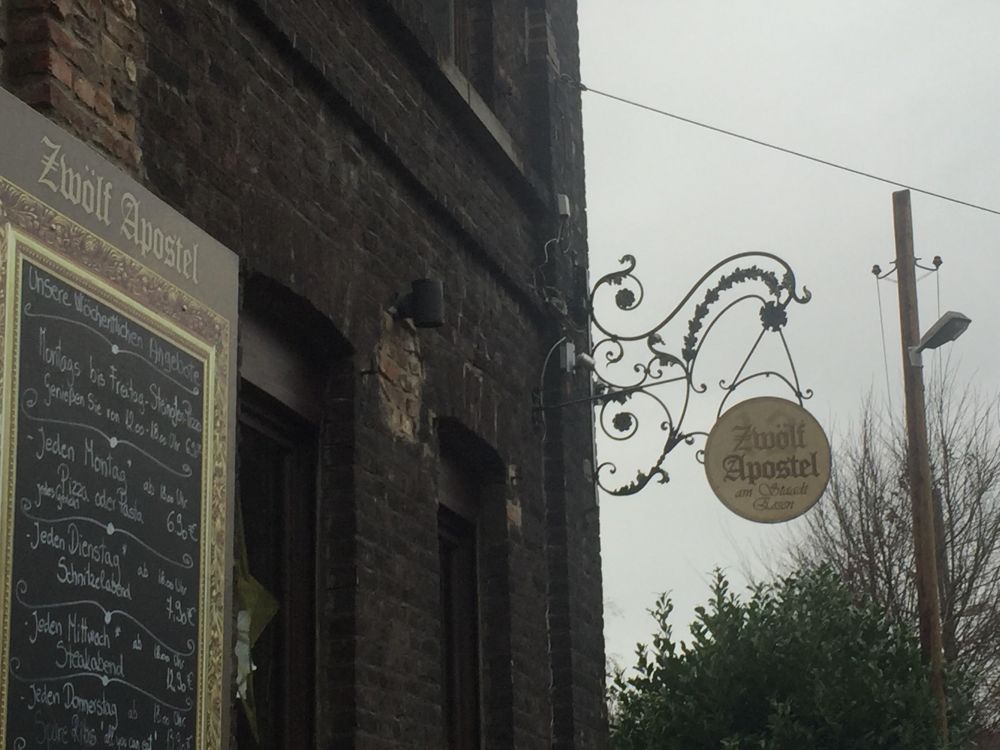 At night, we sat around the dining table, listening to stories and singing Christmas songs. Each of us got a present, and mine was a CD and, surprisingly, a bike. When I first arrived, I asked whether I could get a second-hand bike to travel around, and now my wish has come true! 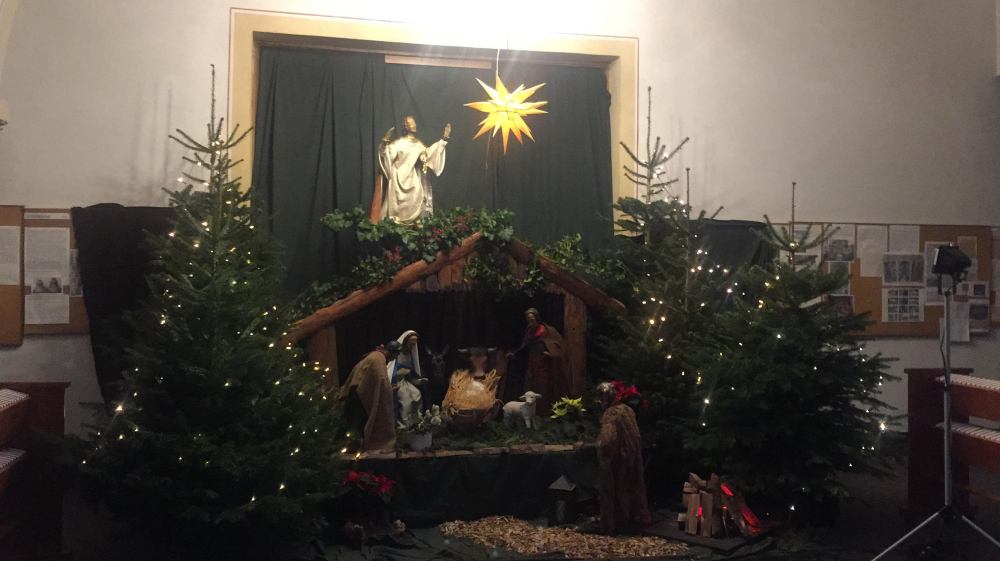 This is the ‘Krippe’ (crib) in my church. In every church there is one Krippe, although their sizes may vary.

Yesterday I went to Kevelear to visit the Poor Clare Monastery, with Pr. Georg, the manager of the Franciscan monastery where I am staying. He is fifty-four years old. An energetic and cheerful man who has served different important positions. During the trip he shared many of his stories with me. His kindness, as well as that of the other two priests and many others whom I met, makes me feel Essen is genuinely my second home. 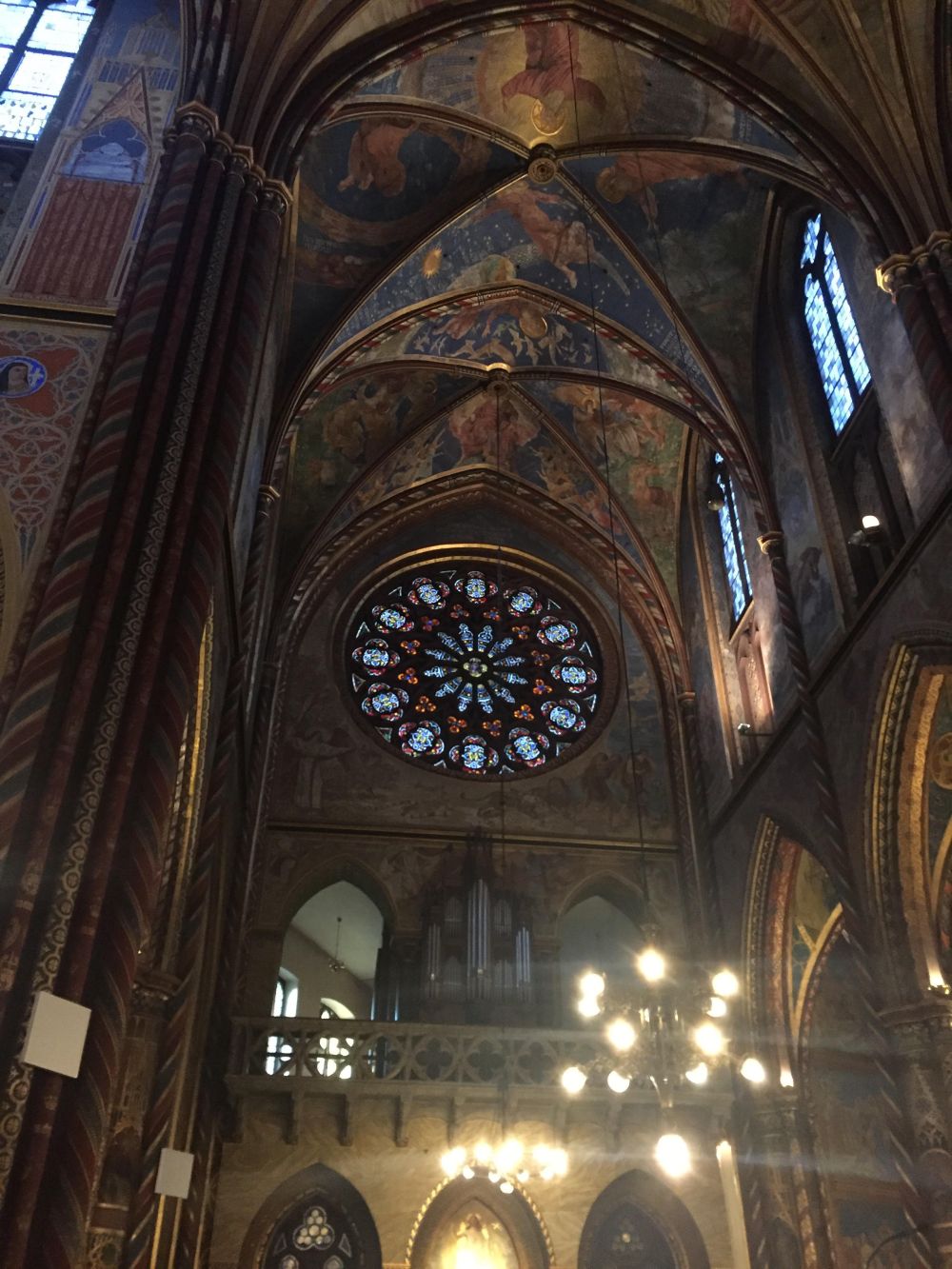 The Basilica in Kevelear is astonishing. Although it has a dull and ordinary look, the interior design and artworks are simply first-class. I regard it an analogy to Germany and the people here. Germans are often stereotyped as serious. Yes, they are serious at work, but most of the time they are very friendly and smiley.

On Christmas Eve, I finished a manga series called Monster, written by Naoki Urasawa. The story is set in late twentieth-century Germany, the protagonist is Doctor Tenma, who rescues one of a pair of twins. They had come to West Germany from the East with their relatives, who were killed. Since then, Tenma’s acquaintances began to die one by one, and people suspect he is the murderer. On his journey to discover the truth, he unlocks the haunting past of the twins – a horrible experiment in an East German orphanage, the birth of the ‘monster’, the problem of naming and identity, and the eternal struggle between good and evil. After reading the synopsis of W.G. Sebald’s Austerlitz, it just reminds me of this manga. Certainly I will enjoy this book and the other one you sent me very much.

I wish you all the best, Tammy, and a peaceful, fruitful year. I will write to you again.

Gary Lam is a BA graduate in Stylistics and Comparative Literature (Class of 2015). [Read all entries by Gary.]