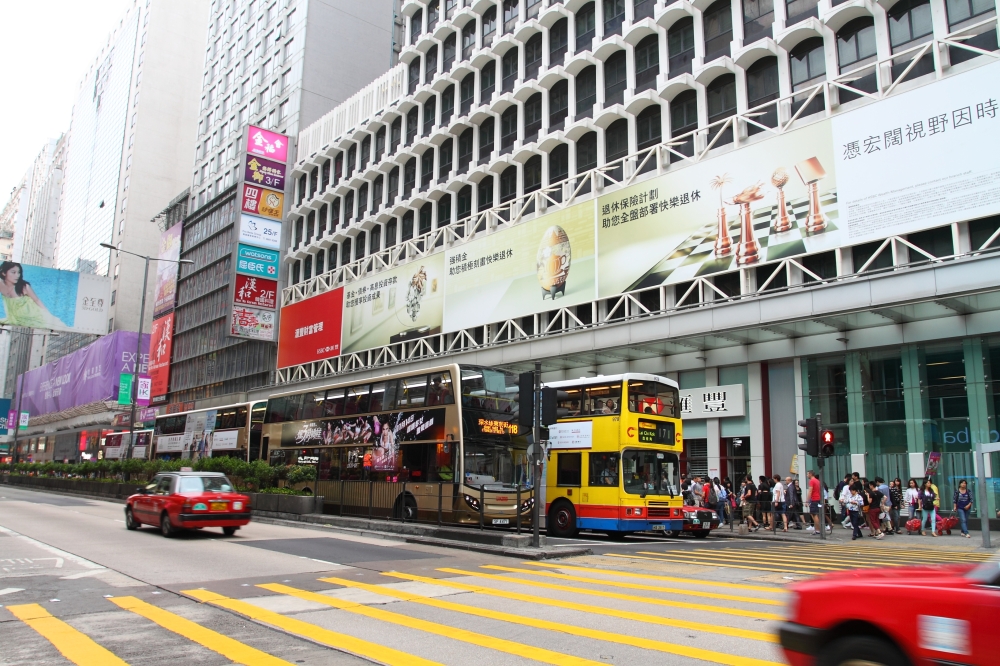 I was at first hesitant when asked to write about Hong Kong. My thoughts were meandering through the night, but not a word could be written on my sheet of A4 paper. Four years have passed since I left the city to study overseas. At times I believed that where I was born and raised is an imaginary place: its landscape has been changing so swiftly that it is almost unrecognizable; where I had been staying over the past couple of weeks, I thought, was a different city, merely bearing the same name as my place of birth.

I revisited on a weekday’s evening a bookstore in Mong Kok, where I used to look for language-learning books because of their affordable prices. Many of them are hard to find in other bookshops.

Located on the third floor of a tenement building, it once attracted many other bibliophiles too.

When I approached the building, the neon light sign showing the name of the bookshop no longer existed.

Disappointingly, I searched online with my smartphone to check whether the shop is shut down or has been moved to elsewhere.

Later I discovered that it has been moved to twenty-something-th floor of a commercial building of the same district. I checked the time. It was still around six in the evening, which meant I still had an hour before meeting an old friend. So I set out to the new location.

The new place looked brighter. When I entered, however, the shelves had not a quarter of the books the old place had.

Out of curiosity, I asked the bookshop owner, “Hi, boss. Long time, no see! I have just returned to the city a few days ago. I didn’t even know you moved here.”

“It’s been moved for more than a year.”

“I see… But why are there so few books?”

“This bookshop is to be shut down soon,” he frowned, looking rather harassed.

“How can I continue if nobody wants to read books anymore? This bookshop can’t just go on anymore. We will be open until 15 September anyway.”

At that time, I knew. I knew that this bookstore, one of my favourites, would be forever a memory of mine.

A few days ago, I paid a surprise visit to two of my most respectable tutors Mr. and Mrs. Wu, at a tutorial centre in Tsuen Wan, hoping my sudden presence would please them. I entered the school, only to find that it was quieter than usual.

“It’s weird,” I thought, “for when I was still a student here, there were many like me  active, restlessly asking Mrs. Wu questions.”

I turned right once I opened the front door, as Mr. Wu used to sit at a round antique Chinese crafted rosewood table, either correcting students’ homework or teaching them English.

To my consternation, sitting there was not Mr. Wu, but a long-haired woman, probably in her late twenties.

I asked, half-awkwardly, “Hello, my name is James, I used to be a student here. May I ask if you know where Mr. and Mrs. Wu are? I would like to visit them.”

“They both retired in July. I am now the in charge of the centre.” I could not believe what I was hearing. For a few seconds, I could not utter a word.

I could not accept the truth. But not knowing how to respond, I just said “yes, please.”

In the end, I got Mr. Wu’s contact from the woman and left.

Were I asked again to write about Hong Kong, I would say no, not only because I would be suffering from writer’s block, but also because what I wrote about people I met, places I used to like to visit is no longer real. It is but a simulacrum of what it once was.

James Au was an MALCS (MA in Literary and Comparative Studies) student (2013-2014) at the Department of English. Spending a few years learning Japanese, French and German, he developed his research interest in comparative literature, particularly between East and West. His MA project focused on how European Dada poetry affects Chinese and Japanese poetry.  [Click here to read all entries by James.]