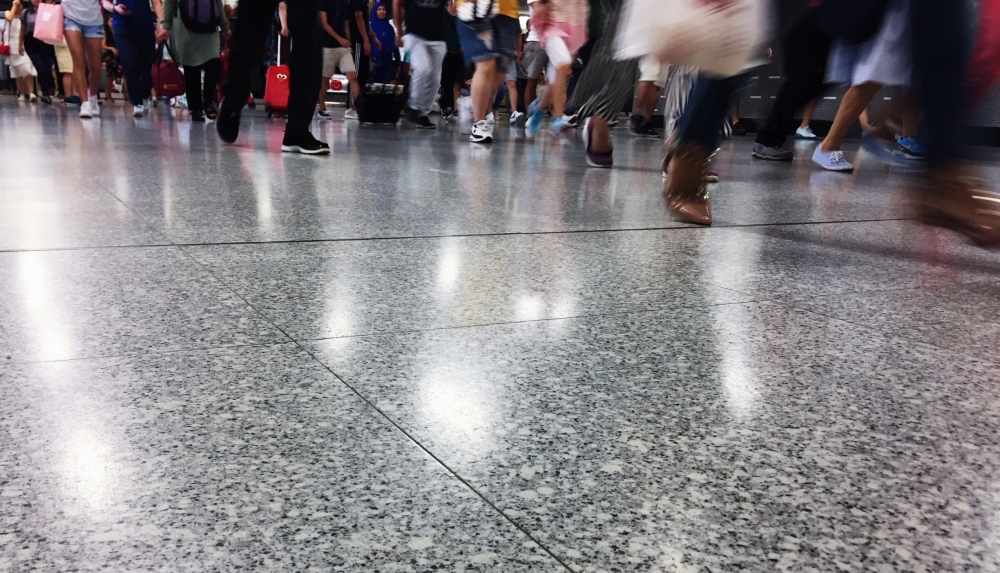 One time in Admiralty station, my friend said passengers rushing to the Island Line look like the zombies in Train to Busan. Indeed, she was right. Anyone who watches that movie will see that Korean zombies run fast. With fully-stretched legs, like people, zombies run straight at their prey, their source of life.

But people are also at the same time not like zombies, because zombies have only one way to experience hunger. Their lives are transparent and easy; they are unable to think, and have no care for endings. I do not know if some people might see zombies as more fortunate beings, since they do not hesitate, nor do they have regrets. For me it’s nice that I am able to think, but as one sees more, thinks more, one might realise that zombies run to get something,  while people sometimes, run to lose.

Sylvia Hou is a graduate (MA in Literary and Comparative Studies, 2014) of the Department of English.