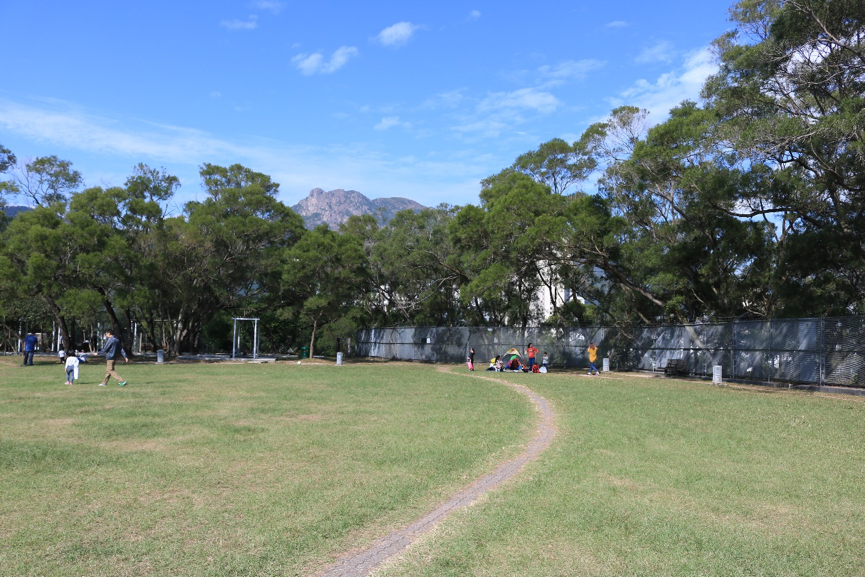 It was a late afternoon in January when I hadn’t, again, any mood for school.

I crossed the road next to Lok Fu Public Library and followed a steep slope all the way to the top, an ignored but lovely grassland filled my vision. You would rarely find anybody there on any afternoon. But I doubt it was a holiday when I took the photo, so there were more than a handful of people grappling for the last free places. Surrounded by trees and fences, the reservoir (after searching on Google) is a sign of human intervention in nature. Even so, it provided the best possible motivation for me to get to school. I liked almost nothing of my school and, I wanted to leave, literally as well as figuratively, as soon as possible.

The first time I was at the reservoir was not even worth taking notes about. However, as time went by, I happened to be there once a week, then twice and, finally, whenever I had any free time. Sometimes I even ate my lunch there. I couldn’t stand eating at the school canteen anymore, though I didn’t really hate the canteen itself. The school is so overcrowded, it reminds you of the rats and the behavioural sink. The reservoir had become a nice place for me and I brought a few friends there. Some liked it and the others didn’t, so in the end, only one of my friends and I went there regularly.

Besides our lunch boxes, we got a few things together for the excursion, among them a picnic mat, things to read, an iPad (to watch movies). Having a picnic on the school campus was unthinkable because the only grass areas there were next to the road, and I have still never had one there. Eventually, I had become less resentful of school and shifted my attention to other things.

At the reservoir, there were flowers and fruit trees, on whose trunks rings marked the life and death of the trees over time. On more fortunate days we could see the sun setting. The reservoir was then filled with silence. I didn’t expect that from such a lively place in the middle of a densely populated neighbourhood where people have no time to relax. I could let my mind take a break and wander on cloud nine without having my earphones on. More importantly, I got myself my own private public space to goof about with friends or discuss serious matters. Life’s great when you aren’t the least bothered by things you don’t care about.

A few days ago I was there again. It was just me, myself and I. My friend is gone, and I was the only person on the grass, alone. I had the greatest privacy and a cluster of trees stared at me. I plugged my ears. I needed some sound or I’d feel lonely. I thought the trees were not dense enough to hide me. Maybe I’d need to go into the woods.