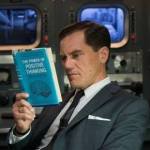 I don’t know why I am here. But I guess I have been summoned by the recent release of a film which happens to be an appropriation of my life—and which I do not like. The film, a take on a Beauty and the Beast-kind of love story between a gill-god fishman amphibious creature and a mute woman, has successfully glossed over my traumatic life and portrayed me as a ‘monster who almost ruined it all’.

I am a victim myself as well and I do not see why I should be blamed for everything that happened—they did not even die.

I think I should have some say and re-narrate it here, bit by bit.

For convenience sake, let’s make this a daily series, so you all have something to look forward to for bedtime stories.

I grew up in a Christian orphanage and was given quite a few good beatings whenever things went wrong. That’s the way it was. Beating is teaching. Praying is forgiving. The Bible can save us all, they believed.

Didn’t know what to do after I came of age and left the orphanage. No family. No connections. Army sounded like the best place to go so there I went. I ate quite a lot of shit in training. Obeying avoid troubles. Thought that was true.

Road got easier later once there was war. Got myself a medal by killing quite a few Koreans. Figured why Generals like torturing people when dealing with Koreans. It felt good.

Later I realised that guarding the creature was not entirely a bad job. Got a mute girl working in the same lab as the janitor. That is something new—a mute girl, cannot talk, but can hear and understand language. She was no glamour queen. Not blonde like my wife. I don’t know what got me, or how. I just could not stop thinking about her after I found out she was mute. There is something attractive in that. Maybe I was a beast and needed to have total domination to feel good, and her being mute got me going because of that. But I was almost in love. Maybe not very romantic. But there was something there. At least the living Richard Strickland thought so.

I did not like how she ran away when I told her how I felt about her. Not an easy thing to confess. Did not make it romantic because it was not.

Did not know she had been feeding the fish eggs. Do fish even eat chicken eggs?

It was funny how Bob… Dimitri…came in to talk about not wanting to do an autopsy on the fish. It was my idea. Really just want to get rid of the fishman. He was so in love with the creature that he mustered up the guts to tell Hoyt what to do. This helped me a lot, actually. Thanks to Bob, the general instantly bought into my idea of operating an autopsy on the creature.

Bob, defeated, coming in the next day to urge me to delay the autopsy really amused me. And I could use some amusement. Wouldn’t have guessed that my car was about to be crashed by some fucking thieves, when they were making off with the asset.

I knew the Soviets wanted the fish. Not sure why. We were racing against others anyway. And you do not ask why when you’re in a competition.

I could not guess why anyone outside the game would want the filthy thing.

If I am right in assuming you have watched the film, you will know that the cleaning ladies stole the asset from under my nose. No names, no ranks, they just clean. So this movie really is celebrating the piss-wipers’ love and care for the beast. What about me? Who gives a fuck about me? I have my family at stake. Can’t bear to have them fall apart.

So I scared the shit out of myself and ran around looking for Russian spies. That sense of defeat when I found out that the asset was only enjoying his spa in some shit-cleaner’s bathtub.

A small tub too. 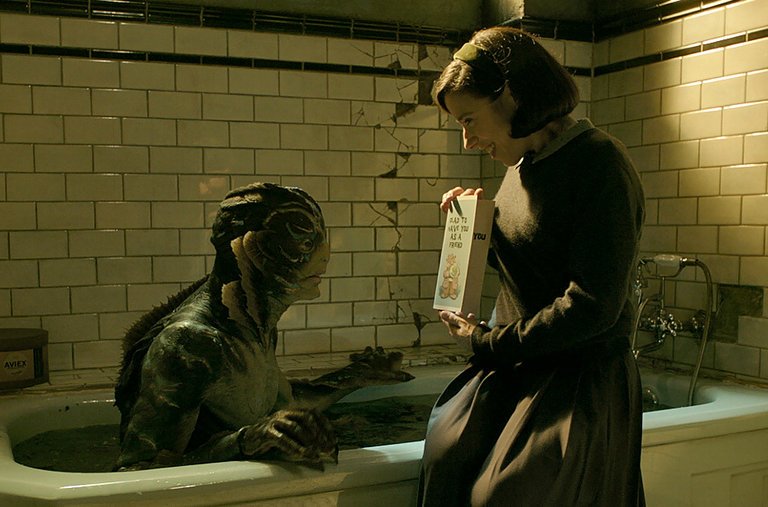 So I lost the beast I was supposed to guard. I was told to guard. I was warned that I would from then on belong to the “universe of shit” to use Hoyt’s words…. Tried to do my job by taking it back. Got killed. Do I fucking deserve it? You all sure look like you enjoy it. I’m just doing what I’m paid to do!

But I saw God before I died. I did Him wrong. He had all his rights to fight back. Not sure if I deserved death though. I was peaceful all this time until this movie. But this shit movie. This shit fairy tale supposedly made in 2017. So many years after my death.

This is what you mortals think: Good gay guy’s sad because his love’s refused by some homophobic racist straight white-pie guy.

The beast killed a cat and a man.

Yet you think it is okay because he is “a wild beast without civilization”.

I would not be sure if he has not has own kind of civilization. And I don’t see how his not being civilized makes him better, or his murder more innocent.

Even the boys are portrayed to be violent with their wooden toy sticks. Do you ever realize we are raised that way? Raised to be ignorant fucks, condemned to be beasts like me.

Thought future people would be smarter than that and would know the past more than I knew my future. Yet you proved us wrong.

I am old. If I were alive, I would be around 90 now. But I really do not know how the 21st century functions. Why do you like to reverse things so much? Now you got to read my posts and therefore my story backwards, if you scroll from top to bottom.

Do you see how reversals do not change the essence of things though they cause complications?