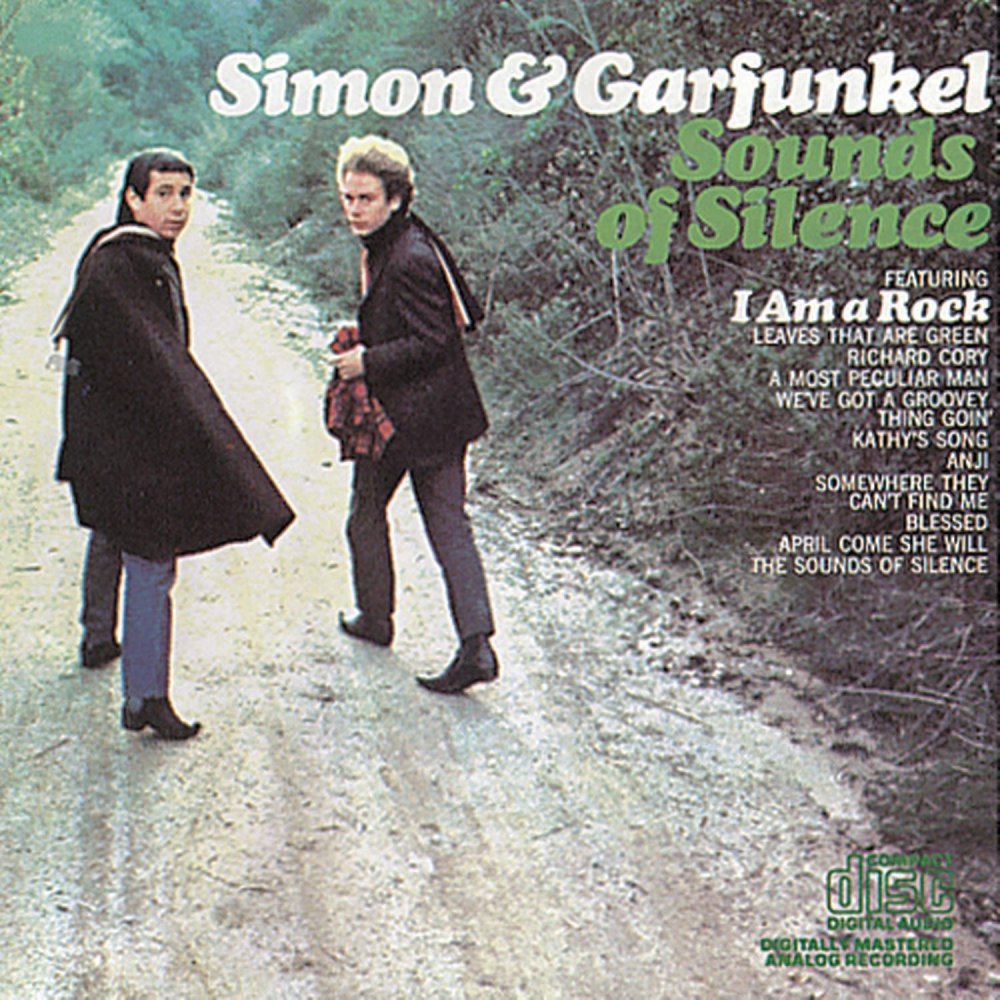 My first year of university life went by rather fast, as it should, but it left some lasting memories.

One of them was listening to Simon & Garfunkel’s “The Sound of Silence” (1964) in a darkened room with other students. It was supposed to be a listening exercise and we were asked by the instructor from the Language Centre to write down the missing words in the lyrics which were printed out on a worksheet. Perhaps the lights were off so we could mute other senses and focus on listening, even if we also needed to use our eyes so as to complete the task of writing.

That was the first time I listened to “The Sound of Silence”. And I was tearing up as it played. I still tear up now when I listen to the song on my own, paying keen attention to the words.

The fact that the faces of the other students were rendered irregular and indiscernible shapes emboldened me to be anonymous in that darkened classroom. At that time I unconsciously allowed the unhappiness at being a university freshman off the leash. It was the long commute from Tin Shui Wai, the sense of not entirely fitting in, the beautiful but imposing colonial campus, the constant use of English, the expense of everything, the distance between me and my family—I wanted them to understand what I was studying… that saddened me. But I had never spoken about these things to anyone. Somehow, the song resonated in me.

In 2011, twenty-two years after the Tiananmen Square Massacre, during which the Chinese government killed its own protesting citizens, a short animated video about the bloody incident, which used the song “The Sound of Silence” as backing music, became an internet hit in Hong Kong. The animation was created by Hong Kong cartoonist Ronnie Chau, who commented:

“Our generation—the post-80s and 90s—is beginning to forget June 4th. We are no longer clear what it is about. I want to use this clip to show to others what I want to discover myself.”

“Under such severe suppression of freedom of speech in China, being an artist has become very dangerous. But you cannot act against your conscience. If you don’t like the Chinese government, you should not be forced to celebrate it.”

The song, which I had known since my university days and which was now transposed to a very different context, became meaningful to me once again.

Watching the video—which ends with the smooth transformation of guns pointed at protesters in Tiananmen Square into cameras shooting tourists on the same spot—always leaves me with a sense of dread. It is a potent commentary on collective amnesia, the normalisation of violence, and instant gratification over historical reflection.

The video does a very good job narrating what happened in June 1989 in digestible images and I am grateful for its existence. But I am also concerned about this history ultimately lost to the younger generations. Will the massacre be taught in schools? Will people in the future be able to read about it? Will we be still allowed to talk or write about it within our lifetime?

No one dare / Disturb the silence. A lot has happened in Hong Kong recently. Just today, three young protesters who played a key role in the Umbrella Movement in 2014—Joshua Wong, Nathan Law and Alex Chow—have been sentenced to six to eight months’ imprisonment. Twenty years after the handover, Hongkongers are now witnessing their city changing at great speed. For example, earlier this month, scholar Wong Kwok Kui’s preface to the book Unsleeping Philosophy mentioning the Umbrella Movement was removed by its publisher.

And I am increasingly aware that not enough academics and writers in Hong Kong—those who can take up the pen instead of sword, to use the poet Louise Ho’s expression—are vocal enough about what is going on in the city, although I often feel helpless about what we can actually do and I know I am not doing enough either.

There are those among us who are ‘political’ and those who are ‘apolitical’—those who are willing to be socially and politically engaged on the one hand and those who never utter a word in public about anything related to politics. Of course, people have the right not to be political all the time, and different people have different ways of expressing their thoughts, opinions and feelings. But, at this point in time, if one cares about Hong Kong, can one really afford to be safely apolitical? A good friend wisely remarked, ‘To be apolitical is to be complicit with your oppressors, to give voice to them, to support them.’

Conscience, they say, is a privilege. And silence like a cancer grows.

Tammy Ho Lai-Ming is Assistant Professor at the Department of English Language and Literature. She is the editor of Agora. [Click here to read all entries by Tammy.]