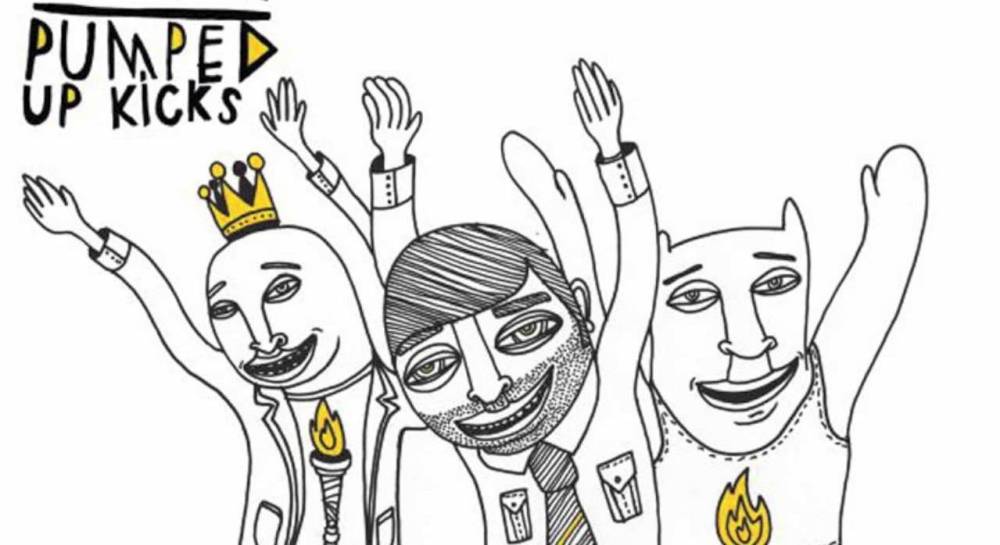 “Pumped Up Kicks” is the 2010 debut single by Foster The People. Soon after its release, it topped a number of American radio charts and became a massive hit worldwide.

The music is stylistically composed with an intermixture of various music elements. The chorus is cheery, incorporating contemporary funk, electronic and chart pop elements, while the verses have a laid-back, hipster attitude with unskilled and auto-tuned vocals. However, the slinky groove and upbeat melody disguise the lyrics’ dark message.

In my first few listens to the song, I wasn’t aware of the literal meaning of the lyrics. My hook to the song was a pure connection to the catchiness of the melody. It was only later that, by chance, I paid more attention to the lyrics and found that the ‘gun’ in the chorus is not metaphorical. A toy gun, a hail of toy bullets, kids running and screaming in the playground dodging them—these are descriptions of a heart-warming childhood memory that I could picture and relate to. But when I read the lyrics of the verse again, in which it gives the chorus a literal meaning—gun as in its literal, functional meaning. The first verse reads:

Robert’s got a quick hand
He’ll look around the room, he won’t tell you his plan.
He’s got a rolled cigarette, hanging out his mouth he’s a cowboy kid.
Yeah found a six shooter gun.
In his dad’s closet hidden oh in a box of fun things, I don’t even know what.
But he’s coming for you, yeah he’s coming for you.

The verse suggests that a kid called Robert who ‘found a six shooter gun in his dad’s closet’ is ‘coming for you’, then followed by the chorus that goes ‘all the other kids with the pumped up kicks you better run better run, outrun my gun’. Robert is a child gangster character, described as a ‘cowboy kid’ with a ‘rolled cigarette hanging out in his mouth’. His character is dramatised in a lyrical manner, and yet is cast as yet another youngster with homicidal thoughts. The second verse moves on to talk about Robert being emotionally irritated by his dad’s late preparation of an icy dinner, which provokes his thoughts of killing his father.

Earlier this month, twenty-eight people were injured in a shooting at a nightclub in Little Rock, USA. The city’s mayor, Mark Stoloda, said in a news conference in response to the accident that ‘we should keep guns out of the hand of the wrong people’. One of the things that caught my attention when I was visiting Chicago was the ‘no guns’ signs on every revolving door in the city. Those symbols were a constant reminder of the high crime rates in the United States.

Why would someone carry a gun to the shopping mall? I began to get a new perspective on the issue. Is it the gun that is instigating people to kill, or is thoughts of killing that are pushing people to use the gun? There is a certain extent of correlation between the causes and effects of the issue, but to study the psychology of it is far more interesting than going round in the circle of the truism that guns should be banned for the sake of public safety. From homicidal ideation to ultimately assaultive behaviour, it involves countless underlying triggers that we might or might not be aware of. Stepping into the psychology of a kid with homicidal thoughts, the song opens up conversations about an intensifying social problem.