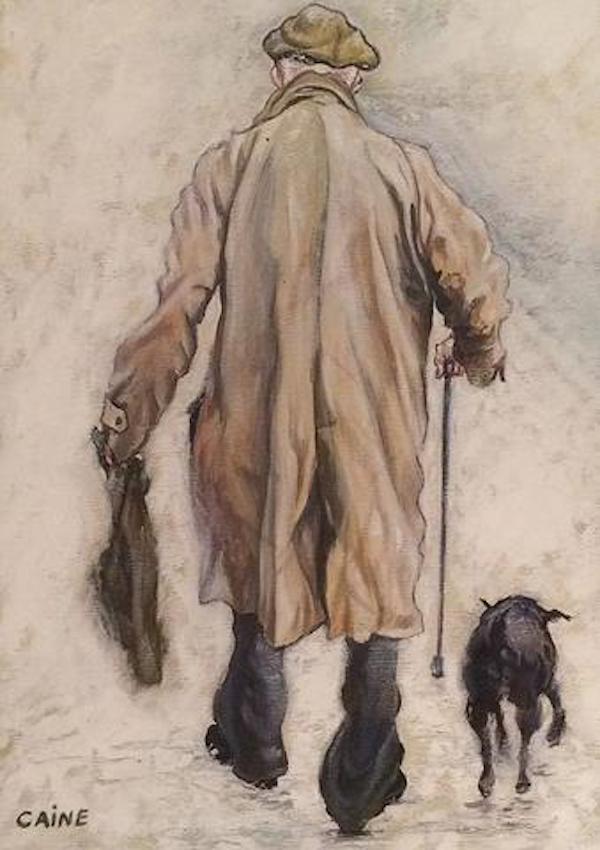 Childhood Memories of Dogs and Cats

Last night, I dreamed of my grandpa walking on the back path from his village house to where I lived, his brown dog tailing him. Running ahead of them, the younger me.

When I was a kid I used to be afraid of dogs. I saw small dogs that barked at me and I would run. The dogs would keep chasing me until… I don’t think I lost them because I ran faster, but the dogs probably lost interest or their owners pulled them back. Later I was told that if you run away from dogs, they are going to chase you, because you started it. But I also heard that they can tell you are nervous even if you don’t move. So it was a dilemma whether I should move at all. I tried keeping a distance from dogs, just like how I kept a distance from people. Once there was this super big white dog which looked as giant as a wolf who walked past me and I knew either flight or fight I would lose so I pretended it was causal and normal and all that, but the dog turned his head back at me, with a big grin on his face, that was when I realised that dogs could have so much facial expression, and that was with a shivering thought that I knew that he knew. But he didn’t do anything after that. He turned around and just walked off. Now I think I shouldn’t have been that afraid; he wasn’t that mean.

There was a black dog at the house on the hill leading to my grandpa’s. Every time we passed, it barked at us. If we took a detour, it would take at least twenty minutes more. I used to run along the hill to shorten the time I was near the black dog. Once, at Mid-Autumn Festival, we finished dinner early at my grandpa’s place so we could leave to make it in time for the lantern-riddle guessing near our own home. It was really dark. I remember looking at the yellowish moon, and then the moon disappeared. My dad opened his hands wide for some reason, and I saw a dark thing jumped over his shoulder and hit my head. We went back to our grandpa’s and had some Lion Oil spread on the wound, until my dad took me to the hospital. The doctor gave me some purple liquid in a tiny cup and cleaned my wound. The alcohol cleanse wasn’t as painful as the touch of the Lion Oil.

I remember passing by that house again and the gate was empty. And then I didn’t go to my grandpa’s place quite as often and gradually stopped altogether before his death. It’s not until I was older that I realised what probably happened to that black dog. And that I was quite a shitty kid.

My grandpa’s brownish-yellow dog, called Big Ear, was a lot gentler. Probably because there were a lot more guests at his place. Or that Big Ear was hungry. Once my aunt taught me to order Big Ear to sit up, and that I could ask him to shake hands. I tried. But when I gave him my right hand, he gave me his left paw. Then I tried my left hand instead, and he gave up giving me his paw. I say ‘his’ but actually no one told me whether the dog was a he or a she. My grandpa used to cook him a big bowl of rice, meat, bones, and leftovers. My aunt, who favoured the seven cats, fed them raw fish that people caught in the sea nearby and starved the dog after my grandpa passed away. I only learnt from my English teacher who studied in Canada that she bought steak and chewing plastic toys for her dogs. But well, my grandpa never really had steak himself so I don’t blame him. I’m not sure whether my childhood friend who lived in the village opposite my building fed her dog steak as she often had steak as a kid, her mum told me. When I visited, the dog licked my feet in the toilet with a friendly bark. I wasn’t used to anyone too passionate either.

There were also cats that swung my feet under the dining table at my grandpa’s, but they usually ran away as quickly as we entered the house so I didn’t have quite as much interaction with cats except the three weeks in Perth, Australia when I went on exchange. Our guardian’s family had a daughter named Annabelle, who owned a cat. During my stay, I had her bed so the blankets covering me were hers and smelt of her. When I was sleeping at night, the cat crawled on me and, needless to say, I was freaked out as I was a nervous wreck.

I think that wraps up most of my closest relations with dogs and cats. These days, I only see dogs on the dog path that was recently built for the new private estate next to where I live. Some dogs must feel too hot in Hong Kong. Mostly they bark at each other when they meet, or what my friend would call ‘flirting’. But I can’t tell what they’re saying, whether they’re communicating well or arguing. I can’t read them. I think many people ignore their voices and treat their sounds as silence to bully them nastily. And to me they’re loners. Well, perhaps not the least when I got some fleas and showered with dogs’ shampoo.

I don’t listen to music that much so I don’t know what to choose. I’ll go with “The Sound of Silence”, I guess:

GiGi To Man Chee is a graduate (Class of 2016) at the Department of English. [Read all entries by GiGi.]