The following questions are taken from Padgett Powell’s The Interrogative Mood. 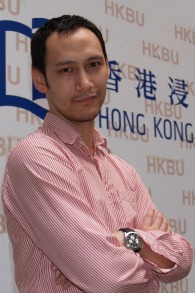 What are the top three things in your life you wish you had not done, or done differently from the way you did them?

Probably I wish I had not been so stubborn, and clung to some of my ideals so much, as they prevented me from doing more when I was younger. I also wish I had not given up certain activities like martial arts, football and swimming. I was very good at these but didn’t prioritize them as much as I should have done and I just let them slide. I was also a wicked cornet player at 11, and I wish I had kept up a musical instrument so that I could transfer those skills to my son, who is showing some serious aptitude for music.

I’m not the squeamish type so most of my fears tend to be of the existential variety. I used to be afraid of missing an opportunity, any opportunity, when I was in school. Then when I was in college I was afraid of not being accepted for who I was. Then when I was studying in university my greatest fear was that I was not learning anything and that I had no direction in life.  My biggest fear since my earliest twenties has been that of not realizing my potential, whatever that might be. Essentially, I’ve always needed to be afraid of something, because that fear has always driven me on.

Do you think that an inclination to talk a lot is a sign of weakness?

Maybe, some people talk a lot when they’re nervous, are trying too hard, or have nothing of real import to say. But I also think sometimes an inclination to not talk, to shut up your ideas or feelings, is also a weakness. I think overall there needs to be a balance between talking and listening. If you’re going to talk you have to be prepared to listen. But yes, I do talk a lot. Next question please!

Statistically speaking, probably, But I’m sure we all think we’re interested in a lot of things, or we’d like to try things having seen them being practiced from afar. I’ve done many things which I would probably never want to do again, like absinthe, and I’ve done things which I wish I had started earlier. As I’m getting older, and more burdened by my duties, I have to limit my interests, although I’m still open to new activities and experiences every now and then.

Would you like to send a love letter to anyone?

I’m a writer, so I’m always dreaming up some prelude to a romantic situation and wondering how scenarios might be played out, and that includes love letters. I have actually sent letters out in the past, though not recently. My first I recall was to a girl in class who promptly tore it up and threw it over me like confetti – I was 12. I sent an anonymous poem (my first love poem!) to a girl in college who I would subsequently develop a crush on for two years. That one seemed to work out well but I blew my chance shortly afterwards so nothing came of that. The last letter I wrote was to my wife, before we got married. I’ve also sent letters that I would technically not call love letters – more like letters of encouragement or admiration, but that was before mobile phones were ubiquitous in everyone’s hands. But no, I have no current plans to send any love letters out, which is a shame really, because I’ve got so much better at putting my feelings into words. The imagination is a wonderful thing, but thankfully my rational mind knows how to hold back most of the time. I mean, it’s not as if Maggie Cheung would ever reply to me anyway!

What for you are the characteristics that make a person extremely likable?

I suppose everyone has their own set of traits that make them likable/unlikable, but these are the things I tend to look for: someone who can accept and embrace change, who can communicate well but who has a certain mystique about them, someone who thinks of the wider picture but can also paint the details in the margin, someone who has the courage of conviction to stick to what they believe in, someone who is warm and gentle, patient and caring, and of course, someone who understands my wayward sense of humor!

I guess I wouldn’t have taken myself so seriously then. When I was thirteen and living in the UK I was so determined to fit in, and then when it became apparent that I never would, I was determined to be the most antagonistic person I could be. That made life more difficult, but in the end I was happy because I DID IT MY WAY!

Was there ever enough time?

No. Never. I’m a Type A perfectionist and there never shall be world enough and time for the things I need, or want, to do.

Do you find the overcast day somewhat anaesthetic and cheering and the bright day assaultive and depressing?

Depends on my mood. If I’m in action mode then I want a clear sun at my back and not even a hint of rain. But if I’m in a somber mood for writing then overcast is the way to go – I tend to write best when there’s a casual downpour outside my window.

Are you still living in such a way that suggests you are waiting for the real living to start at some later and unspecified date?

I wouldn’t mind it said that I have made some kind of positive impact on the world, that my life has been measured not by what I have gained but what I have given, but if nothing were to be said, I’d hope it would at least be accompanied by a grave and respectful silence.

What are three basic things you need to be content in life?

Food, the arts, and love. Not necessarily in that order.

If you could be instantly fluent in a language you do not now speak, what language would it be?

Definitely Italian, although either Cantonese or Mandarin would have more practical usage for me. I just love the sound of Italian. The language of Dante. Of Puccini. The language of love. I would seriously consider moving to Italy if I could. Rome and especially Florence are just magnificent with all their culture and history. Plus, I’d like to know what I’ve been singing to my son every day over the past year.

Are you very appreciative of Yeats?

Yeats has been one of the biggest creative influences in my life and his own personal circumstances have helped me both as a writer and thinker. As a writer, Yeats taught me the power of form and how to channel the depths of my feeling into poetry while, on a personal level, he also taught me how to deal with aspects of spiritualism and unrequited love – Yeats was a stubborn idealist who believed in chivalric love but later became cynical in his old age. He was an incredibly private person but also cultivated a public persona, and his complex philosophy and worldview didn’t sit easy with his contemporaries. But for me, he remains one of the literary giants and, along with Neruda, he is probably the best writer of love poems in any language.

Would you rather spend time with gangsters, with pornographers, or with professional dancers?

Tammy dearest, is it too much to ask for all three at once?

What do you think was the gentlest, sanest civilization in history?

The short answer: the civilization that History has deemed unfit for remembrance. But if I had to choose one I would probably opt for the nomadic Plains People of North America, a people who, before the Europeans came, tended to live in relative peace, had deep attachments to the land and understood their place in the cycle of life.

Freedom and captivity are both concepts of the mind. Neither can exist without the other and it is up to us to throw off the mind forged manacles that modern society places on us.

Either one of two things: 1) I’ve forgotten to set my alarm and I am frantically scrambling to put some clothes on and get out; or 2) Hmmm, I think I’m going to put my alarm on and snooze for a short while. Everything is fine in the world. Just 5 minutes mind…

Well, 13 years of living in the UK has taught me to appreciate good food, that’s for sure! Overall, I prefer a country where good food is safe, affordable, and comes in large quantities.

Who is it that is sending all those roses and chocolates to your office?

Jason Eng Hun Lee is Lecturer at the Department of English Language and Literature.  [Click here to read all entries by Jason.] [“Interrogative”]