The HP Series showcases excerpts from excellent Honours Projects by students from the Department of English Language and Literature. [Read all entries here.] 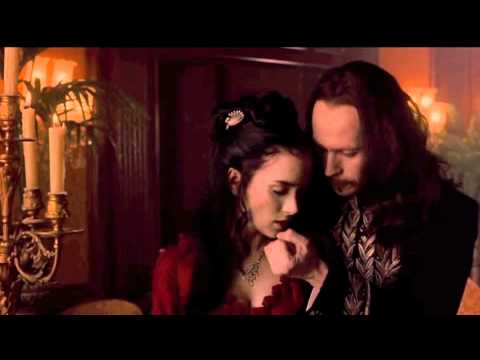 The Vampire and its Reflections on Victorian Society

The Victorian era saw a reforming social hierarchy and cultural landscape in the wake of industrialisation. Although Victorians were doubtful and suspicious of the modernisation and scientific developments of 18th and 19th century England, they were powerless to stop the assault on established norms and structures. From chapter 2, it is discussed that the vampire figure represents some dark elements hindering Victorian development, including the sexual openness, drug culture and class hierarchy. Such elements are implied and hidden in the evil traits, behaviours, habits and personality of the vampire figure. Moving on to chapter 3, the vampire triggers the fight and contradiction between rationality, reasoning, irrational and religious practices within the modernising Victorian society. Although the upholding of reason and rationality during the Victorian era paved the way for modernisation and innovation, these attempts failed to gain widespread acceptance and trust. Instead, traditional practices and beliefs successfully stood their ground against the wave of reasoning and rationalising. Apart from that, the vampire indirectly evokes the rise of the status of women, as discussed in chapter 4. With the established hierarchy unfavourable to women, the vampire invasion gives birth to their awakening in different aspects, such as sexual and intellectual awareness. Hence, the fights with vampires represent the Victorians’ struggles in various respects, such as between rationality and irrationality; new ideas and old customs; new social class and the existing hierarchy; between liberation and conservatism. To sum up, Victorian society experienced a series of social and cultural reformations, questioning the position of the established social structure.

From The Vampyre, Carmilla to Dracula, Victorian writers used the vampire as a medium to reflect the social landscape, to criticise issues pervading Victorian society. It is interesting that the vampire could be popularised in such a short period of time during the Victorian era, spreading an enduring vampire culture across the world. This may be the result of cultural referencing in Victorian vampire fictions and because these references on the Victorian culture are true to life. For instance, cultures like drugs, religious practices and science in Dracula are vivid representations of real Victorian habits. Hence, vampire fictions that have been discussed in this paper are social commentary in nature.

The Changing Face of Vampire

Jules Zanger suggests that popular contemporary representations of the vampire since the 1970s are mostly the representation of “new” vampires (17). The distinction between “new” vampire and traditional vampire lies in the personalities and habitat of the vampire. The traditional vampire is demonic, and usually lives communally with its vampire family (18). In contrast, the “new” vampire possesses a sympathetic and individual personality. Zanger argues that the evil nature of the vampire “becomes increasingly compromised, permitting the existence of ‘good’ vampires as well as bad ones” (18-19). Therefore, the vampire can have both the quality of good and evil. For example, Louis and Claudia in Anne Rice’s 1976 novel, and Neil Jordan’s 1994 film adaptation, Interview with the Vampire are examples of vampire of good character who experience evil and violent moments. Especially for Louis, a good-hearted vampire who resists feeding on human blood at the beginning of the story; he later fails to control his lust for it. He further loses control of his emotion and anger as he kills another vampire in revenge for the death of Claudia. Moreover, the storyline of contemporary vampire fictions or dramas often follows the fight between good and bad vampires. The role of vampire in fictions is no longer wholly the domain of the evil side.

Joan Gordon offers an elaboration of the idea of a sympathetic vampire, stating that a sympathetic vampire “must live in harmony with their world, be flexible, adaptable, and possess stamina” and it “retains its strength, but loses its terror” (qtd. in Bailie 141). The disappearance of the vampire’s terror under this sympathetic model favours the development of the genre of vampire romance. Contemporary vampire adaptations consistently involve amorous relationships between human and vampire characters. Three popular contemporary adaptations, Twilight, True Blood and The Vampire Diaries, all depict the romance between human and vampire protagonists. Contemporary vampires also possess the traits of a tragic hero, doomed to suffer from their identity as an immortal vampire.

Visually, the portraits of the vampire in contemporary times differ greatly from Victorian illustrations. In the modern cultural environment, visual illustrations are the dominating force of generalising the appearance of a conceptual entity such as the vampire. Films and television dramas, as a result, have replaced novels as the most widespread medium shaping representations of the vampire. Although Victorian vampire fictions marked the beginning of the popularisation of the vampire and the classic look of vampire we know today is formed from them, modern vampire abandoned the ancient and Eastern feel of the Victorian vampire. Modern vampires are often presented as good looking, regardless of their gender. In accordance with the age, modern vampires are also dressed in contemporary clothing. The settings of the story also focus more on contemporary society, although some may spend time depicting a backstory in the Victorian era to show the longevity of vampire.

Zanger, Jules. “Metaphor into Metonymy: The Vampire Next Door.” Blood Read: The Vampire as Metaphor in Contemporary Culture, edited by Joan Gordan and Veronica Hollinger, University of Pennsylvania Press, 1997.

Horace Tam is a graduate of the Department of English Language and Literature (Class of 2018).