Editor’s note: Heidi Huang, Lecturer in the Department of English, has published a number of articles in journals including Modern Language Quarterly, Literature Compass, Critical Arts: South North Cultural and Media Studies and Neohelicon. Below is an excerpt from “Constellating World Literature”, first published in Neohelicon.

An analogy can be drawn between astrological constellations and literary canonization.1 Quite similar to the private star-observer, the common reader, as Virginia Woolf depicts, “reads for his own pleasure rather than to impart knowledge or correct the opinion of others”. The reader’s ideas and opinions may be “insignificant in themselves”, asserts Woolf, but they can still “contribute to so mighty a result”.2 Unlike private readers, literary critics are required to answer the fundamental questions about object definition, experience comparison and value-judgment.3 For Claudio Guillén, this epistemological dilemma comes from “the tension between the particular and the general”, or in other words, “the debate between unity and multiplicity”.4 A search for these answers concerns validity of knowledge, which has been addressed in the dialogue between Zhuangzi and Huizi: Zhuangzi told his rival that he knew about a fish’s happiness, and the latter challenged such a statement since its maker is not a fish himself. Zhang Longxi finds that this debate proves the relativity of knowledge, which demands both reflective understanding of differences in cross-cultural studies and a critical attitude to avoid rigid dichotomy between the “authenticity” and the “alterity”.5 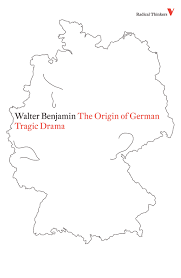 The dialectical relationship between skepticism and knowledge is also discussed in Walter Benjamin’s habilitation (Habilitationsschrift),6 i.e. The Origin of German Tragic Drama (hereafter referred to as OGTD), published in 1928 as Ursprung des deutschen Trauerspiels.7 Benjamin finds that the German baroque drama, unlike other types of drama, has been denied “a resonance in history” since “neither German legend nor German history plays any role in baroque drama”.8 He further maintains that “(b)urdened down by so many prejudices, literary scholarship necessarily failed in its attempts to arrive at an objective appreciation of baroque drama”.9 The objective of his research is to identify the unique artistic features of German baroque tragedy “by approaching the subject from some distance, and, initially, foregoing any view of the whole”.10 It is in the foreword of OGTD that Benjamin uses the metaphor of constellation to explain how “representation of truth”11 is exercised:

Ideas are to objects as constellations are to stars. This means, in the first place, that they are neither their concepts nor their laws. They do not contribute to the knowledge of phenomena, and in no way can the latter be criteria with which to judge the existence of ideas. The significance of phenomena for ideas is confined to their conceptual elements. Whereas phenomena determine the scope and content of the concepts which encompass them, by their existence, by what they have in common, and by their differences, their relationship to ideas is the opposite of this inasmuch as the idea, the objective interpretation of phenomena- or rather their elements – determines their relationship to each other. Ideas are timeless constellations, and by virtue of the elements’ being seen as points in such constellations, phenomena are subdivided and at the same time redeemed; so that those elements which it is the function of the concept to elicit from phenomena are most clearly evident at the extremes.12

In this paragraph, Benjamin uses the “constellation” metaphor to illustrate his conception of “idea” in relation with objects and “phenomena”.13 According to George Steiner, Benjamin uses “idea”, as a combination of a Platonic metaphor of “Ideas” with a language-realism, to refer to “that moment in the substance and being of a word”. Benjamin’s metaphorical use of constellations suggests a “Platonic-Leibnizian scheme” to solve the historical-philosophical problems in literary studies: “How can there be a general and generalizing treatment of artistic-literary objects which are, by definition, unique? Is it possible to escape historical relativism or the vacant dogmatics of historicism while, at the same time, being faithful to the temporal specificity, even unrecapturability of one’s document? Can the interpreter interpret ‘outside’ his own self and moment?”14 As I see it, the first question is epistemological since it addresses the object of the knowledge; the second is methodological since it implies a reaction to the positivist scientificism; and the third challenges the “objectivity” of the knowledge producers as observers or interpreters. All of these three questions could be summarized as one: how do we close the gap between knowledge and experience?15 To answer this question, a hermeneutical circle is used to demonstrate the integrative aspect of all human understanding regarding its temporal sequence: “Understanding occurs only when we recognize the significance of the various items that we notice—which is to say, when we recognize the way in which those items relate to each other”.16

In his illustration of the relation between the whole and the parts, Benjamin uses a second metaphor—Leibniz’s concept of monad. He emphasizes the difference between the singular idea and the way plural ideas are connected. In singular form, the idea is a monad in three senses. Firstly, it is integrated: “every single monad contains, in an indistinct way, all the others”.17 Secondly, it accommodates representation: “the pre-stabilized representation of phenomena resides within it, as in their objective interpretation. The higher the order of the ideas, the more perfect the representation contained within them”.18 Thirdly, it is all-inclusive: “every idea contains the image of the world”.19 When in plurality, ideas refer to “their objective virtual arrangement, their objective interpretation” that incorporate phenomena and then become functions of the law of phenomena.20 He finds such integrated mutuality in the Trauerspiel, which plays the role of an integrated and inclusive monad that shares common properties with other tragedy drama genres in history, e. g. the “renaissance-tragedy”, the martyr-drama, and the religious drama of the Middle Ages.21 Despite the interrelation of the Trauerspiel with other tragic dramas, Benjamin argues that it is distinctively rooted in history while tragedy is grounded in myth. More distinctions are found in the formal elements. For example, the choruses in the Trauerspiel are more elaborate but less directly connected to the action than those in tragedy.22

To explore the tension between history and temporality, Benjamin differentiates the idea of “origin” (Ursprung) from “genesis” (Entstehung): “The term origin is not intended to describe the process by which the existent came into being, but rather to describe that which emerges from the process of becoming and disappearance. Origin is an eddy in the stream of becoming, and in its current it swallows the material involved in the process of genesis”.23 He maintains that history shall not trace the genesis but reveals the configuration of the idea:

Philosophical history, the science of the origin, is the form which, in the remotest extremes and the apparent excesses of the process of development, reveals the configuration of the idea – the sum total of all possible meaningful juxtapositions of such opposites. The representation of an idea can under no circumstances be considered successfully unless the whole range of possible extremes it contains has been virtually explored.24

By using the constellation metaphor, Benjamin elucidates how to deal with the complex relationship between temporality and universality in literary studies. For Steiner, Benjamin’s use of the constellation metaphor has methodological implications that “revaluation of the past works enhances our understanding of the future” because he demonstrates that “a study of the baroque is no mere antiquarian, archival hobby: it mirrors, it anticipates and helps grasp the dark present”.25 Graeme Gilloch maintains that Benjamin uses this metaphor “not only to articulate the importance of the patterning of phenomena by concepts, but also to point to the characteristics of this process”. Such a process “involves a fleeting but irrevocable shift in the perception of phenomena which preserves both their individual integrity and their mutuality.26 In other words, individual literary works or genres are all interrelated beyond their temporal, spatial or stylistic differences.

Heidi Huang is Lecturer at the Department of English Language and Literature. She got her MA and PhD in Transcultural Studies in Lyon where she met her husband from Hong Kong. She is trying really hard to live a well-balanced life as a woman of faith, a supportive wife, a dolphin mom, a cheerful giver, an innovative scholar, and an inspiring teacher. [Click here to read all entries by Heidi.]