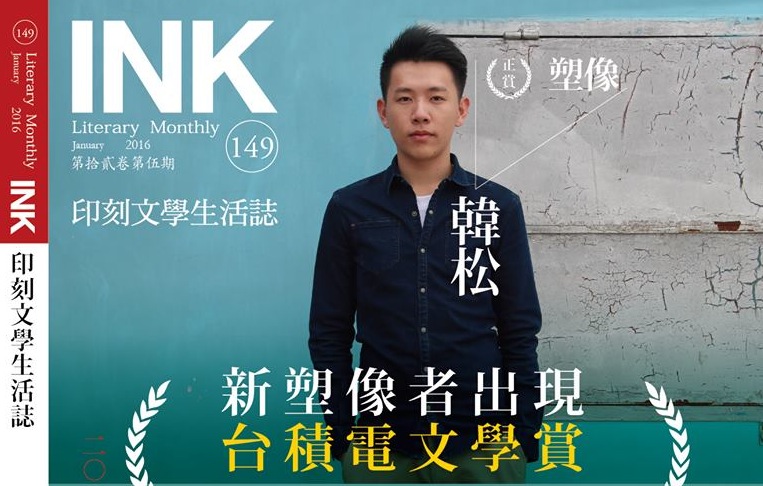 Abel Han Song (English Language and Literature, Year 4) won the TSMC Literature Award 2015. As a biennial award for Sinophone novella writing, this award attracts new comers in Sinophone literature from around the world.

According to the January 2016 issue of Ink Literary Monthly 《印刻文學生活誌》, the awarded novella, The Statues, “keeps a cold eye on social changes and everyday life. Through the interaction and intersection between a family and idle statues with allegorical and mythological meanings, the novella explores its characters’ absurd lives and vicissitudes”.

{Abel was commended at the Arts Faculty Board Meeting on Monday 1 February 2016.}